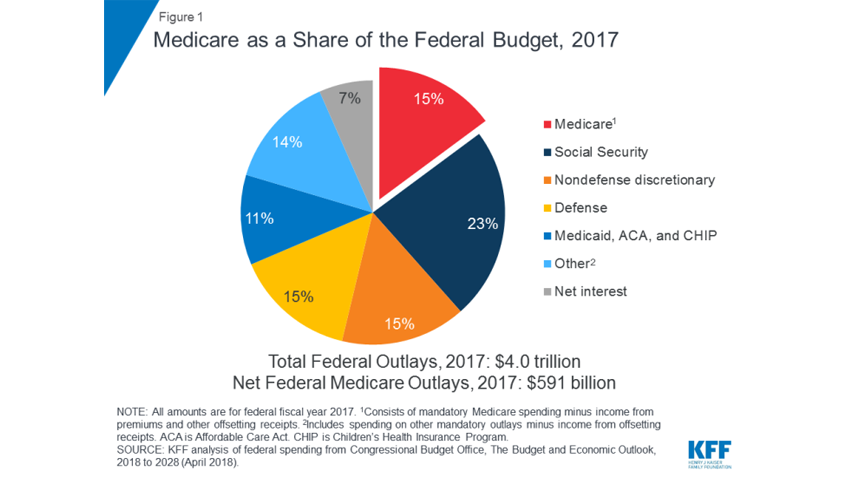 This week, the Kaiser Family Foundation released a new issue brief on Medicare spending. The brief analyzes the most recent historical and projected Medicare spending data published in the 2018 annual report of the Boards of Medicare Trustees and the 2018 Medicare baseline and projections from the Congressional Budget Office (CBO).

They also note that “recent years have seen a notable reduction in the growth of Medicare spending compared to prior decades, both overall and per beneficiary,” with average annual growth in total Medicare spending at 4.5% between 2010 and 2017. This is down from 9% between 2000 and 2010, despite faster growth in enrollment since 2011 when the baby boom generation started becoming eligible for Medicare.

In addition, they find that although Medicare enrollment has been growing around 3% annually with the aging of the baby boom generation, the influx of younger, healthier beneficiaries has contributed to lower per capita spending and a slower rate of growth in overall program spending.

The brief also examines longer-term spending projections, beyond the next 10 years, and financing challenges, and concludes that Medicare spending is likely to trend higher because of growth in both enrollment and per capita costs. In addition, the report points to recent legislative changes, including repeal of the ACA’s individual mandate, as contributors to this growth in spending.