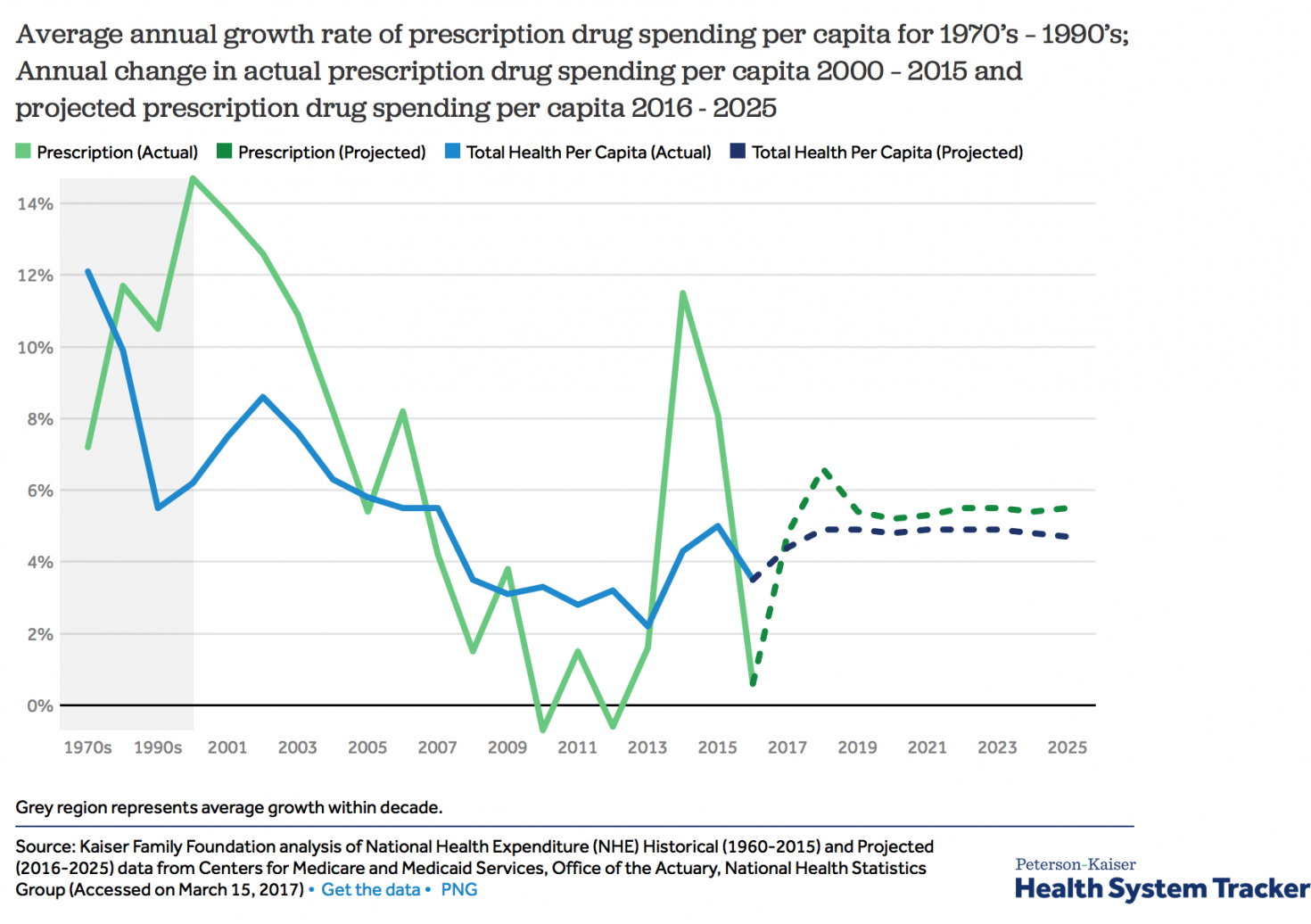 Last month, two health policy non-profits released detailed information and graphs about health spending in the U.S. The Peterson Center on Healthcare partnered with the Kaiser Family Foundation to create a Health System Tracker for health spending and other quality and cost trends in the health system.

The major payers of health spending—Medicare, Medicaid, and private insurance—are also seeing less growth in spending per enrollee, with Medicare and Medicaid showing more improvement than private insurance. Surprisingly, the growth in prescription drug spending, as well as hospital and physician spending, has also slowed in this decade.

These data do not prove the ACA has contained health spending growth, but they are a positive sign that something has caused a change. How lasting these improvements may be and whether recent changes to the ACA and within the Centers for Medicare & Medicaid Services will affect health spending are yet to be seen.