Take Action: Tell Congress Where You Stand on the Tax Bill 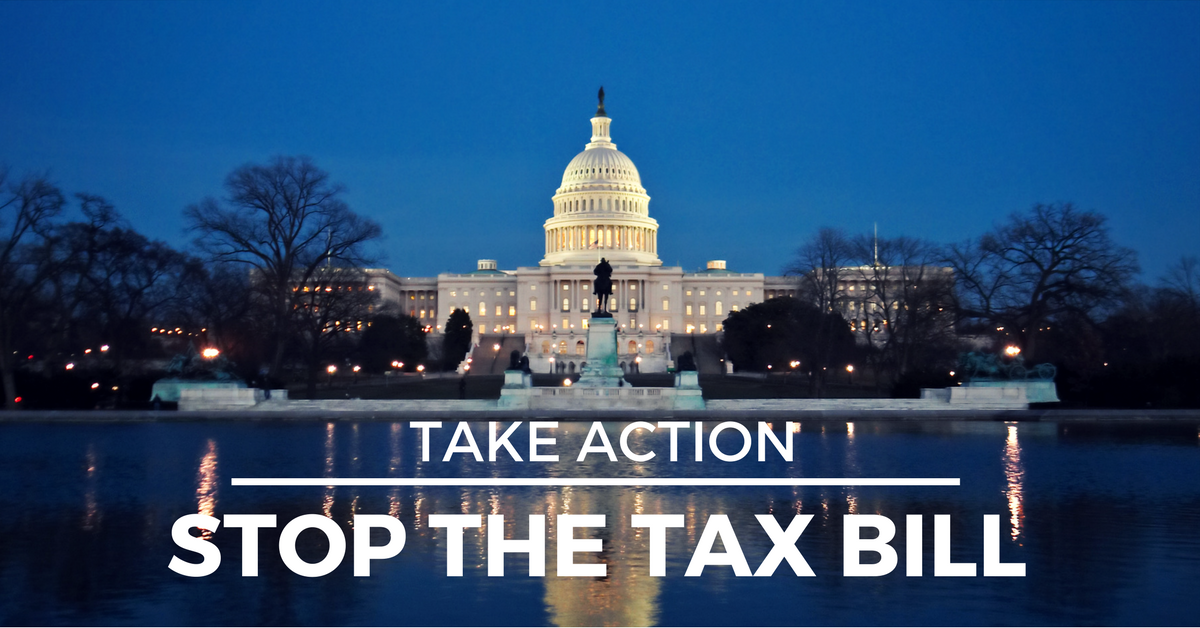 This week, the Senate and the House are frantically working out the differences between the tax bill previously passed in the House and the Senate’s version that passed late last week.

Both bills would add over $1 trillion to the debt, putting our nation’s bedrock programs—Medicare, Medicaid, and Social Security—in the cross-hairs of lawmakers who plan to use rising deficits as an excuse to “restructure” or “reform” these programs by gutting them.

Take action today. Write to your members of Congress, and tell them to put a stop to this deeply unpopular tax bill.

The House and Senate tax bills would have harmful effects on people’s health care:

It’s not too late to stop the tax bill and protect our health and retirement benefits.

Pressure must be put on lawmakers in both the House and Senate to reject these dangerous bills. Their goal is to deliver a final bill to the President for his signature within the next few weeks. Congress must reject these flawed bills and rushed approach. We urge a fresh start, with a transparent and bipartisan process.

The only thing standing between Congress and the President’s desk is your voice. Speak out today, and tell Congress to reject this harmful tax bill and start over.

PrevPrevious PostSenate Barrels Toward a Vote on Their Tax Bill
Next PostHow do I get Medicare to cover a power wheelchair?Next