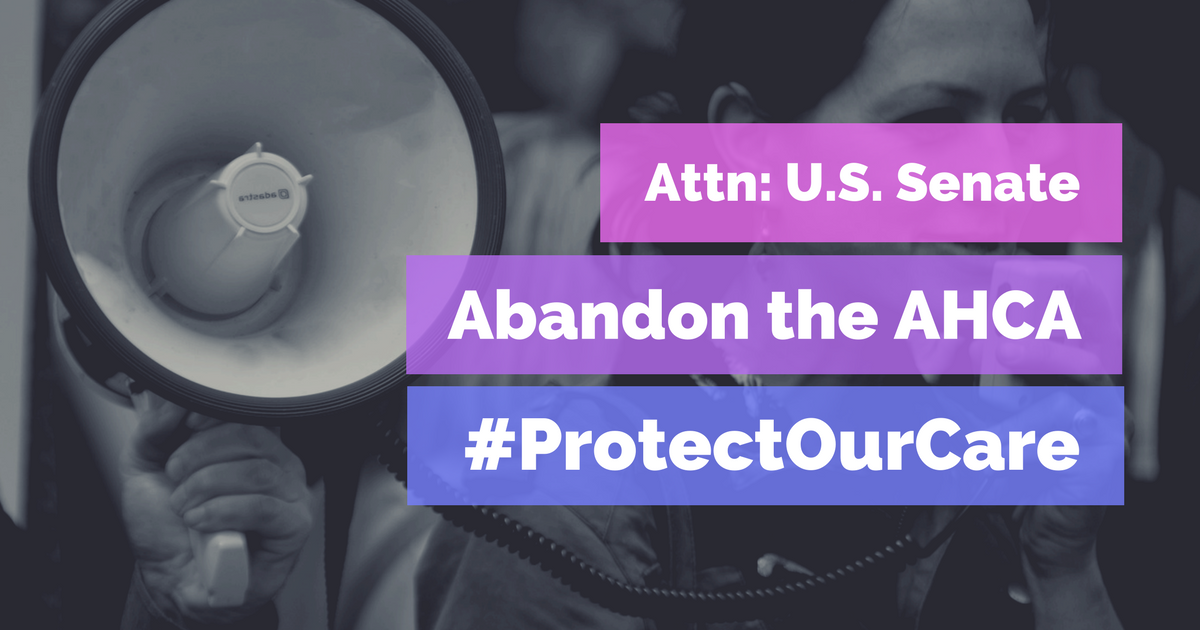 Senate leaders are reportedly rushing forward to vote on a secret health plan, and they’re starting with the policies in the American Health Care Act, a destructive bill passed by the House of Representatives last month.

The American Health Care Act would yank coverage out from under 23 million Americans, impose an unaffordable “age tax” on older Americans, end Medicaid as we know it, and undermine the Medicare guarantee. Not only that, the bill leaves people with pre-existing conditions out in the cold.

Stand with the American people, who overwhelmingly reject the policies in the American Health Care Act. Tell your Senator to abandon the bill once and for all.

After you send your letter, be sure to share your action so we can get as many people involved as possible. The more your Senators hear from their constituents, the more likely they are to listen! [x_button size=”global” block=”false” circle=”false” icon_only=”false” href=”https://actionnetwork.org/letters/tell-your-senators-to-abandon-the-american-health-care-act-once-and-for-all” title=”” target=”” info=”none” info_place=”top” info_trigger=”hover” info_content=””]Take Action Here[/x_button][x_custom_headline level=”h3″ looks_like=”h4″ accent=”false”]Step Two: Call 866-426-2631 to contact your Senator.[/x_custom_headline]After you write to your Senators, give them a call. Phone calls are a very effective way to reach your elected officials. Call 866-426-2631 to contact your Senator. You will be asked to enter your five-digit zip code before being transferred to your Senator. Urge your Senator to:Vote “no” on taking health care away from 23 million people. The American Health Care Act increases health care costs—most of all for Americans in their 50s and 60s—and puts coverage out of reach for millions.Vote “no” on capping Medicaid dollars. The American Health Care Act cuts more than $800 billion in funding from Medicaid. These caps will force states to ration care, threatening access to long-term home care that allows older adults and people with disabilities to stay in their communities and to receive nursing home care when it is needed.Vote “no” on cutting Medicare. The American Health Care Act creates a tax windfall for the wealthiest Americans and pharmaceutical corporations at Medicare’s expense. These tax breaks undermine the Medicare trust fund, which helps pay for hospital care that older adults and people with disabilities need, and will hike Medicare Part B premiums.

PrevPrevious PostBENES Act Reintroduced in the U.S. House of Representatives
Next PostSpotlight on the Federal Policy TeamNext