Balance Billing Would Allow Doctors to Bill Whatever They Choose 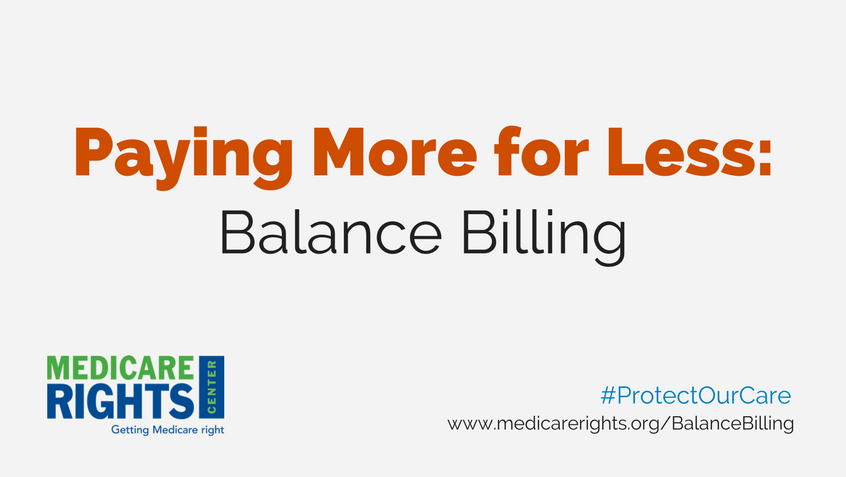 As policymakers continue to debate the future of our country’s health care system, some policymakers endorse proposals to give Medicare providers the right to charge seniors and people with disabilities more for their care through balance billing or private contracting. Under these plans, Medicare providers could require patients to negotiate a contract for the cost of their care, and people with Medicare would have additional payments on top of their premiums, copayments, and coinsurance. Unless they successfully negotiate otherwise, patients would also be responsible for filing the Medicare claim.

Today, people with Medicare are protected from overcharging. This was not the case in the 1980s and earlier, when many people with Medicare were unable to afford the prices that some health care providers were charging—amounts over and above the Medicare-approved amount—leading some to go without needed care. In response, Congress imposed limitations on providers who accept Medicare that prohibits them from charging beneficiaries more than the Medicare-allowed cost sharing. According to one study, out-of-pocket spending declined by 9% among older households because of these protections. Further, patient access to doctor’s visits and specialty care was unaffected.

Some lawmakers argue that there is a provider shortage in Medicare and balance billing is the solution. Yet, the facts prove otherwise. More than 9 in 10 primary care physicians accept Medicare, and more than 70 percent accept new Medicare patients. In rural communities, more than 80 percent accept new Medicare patients. An overwhelming majority—96 percent—of people with Medicare report having regular access to care. More than 8 in 10 report receiving that care at a doctor’s office or doctor’s clinic. As of 2013, less than 1% of physicians in clinical practice opted out of Medicare. In fact, from 2005–2012, overall provider participation in Medicare increased.

PrevPrevious PostLast Chance for Medicare Advantage Plan Members to Switch to Original Medicare
Next PostWhy is it important to speak to my doctor about Medicare?Next