CMS Completes Rollout of New Medicare Cards Ahead of Schedule 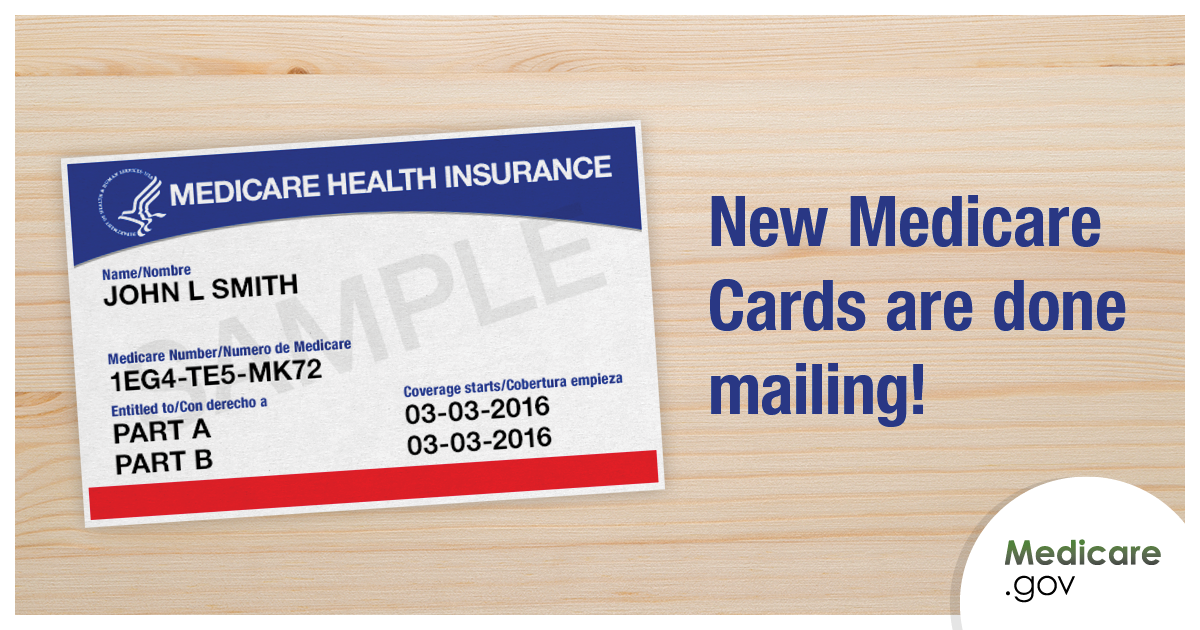 CMS started issuing the new Medicare cards on a rolling basis in April of 2018 in an effort to combat identity theft and other fraud, and to comply with recent legislation. Those who enrolled in Medicare after this process began should have received the new style of card when they first joined.

If anyone with Medicare has not received a card with the new MBI, they should immediately contact 1-800-MEDICARE, log into their MyMedicare.gov account, or ask their health care provider for assistance.

People with Medicare should keep their new cards safe and treat it like a credit card. This means not sharing the information on it with anyone except doctors, pharmacists, health care providers, insurers, and people they trust to work with Medicare on their behalf. Once they have received the new cards, people with Medicare should no longer use the old cards but should destroy them, to ensure their Social Security numbers are kept as safe as possible. Beneficiaries who are enrolled in Medicare Advantage will continue to use their plan-issued card at the time of service, but should keep their new Medicare card in a safe place.

Read more about the rollout of new Medicare cards.