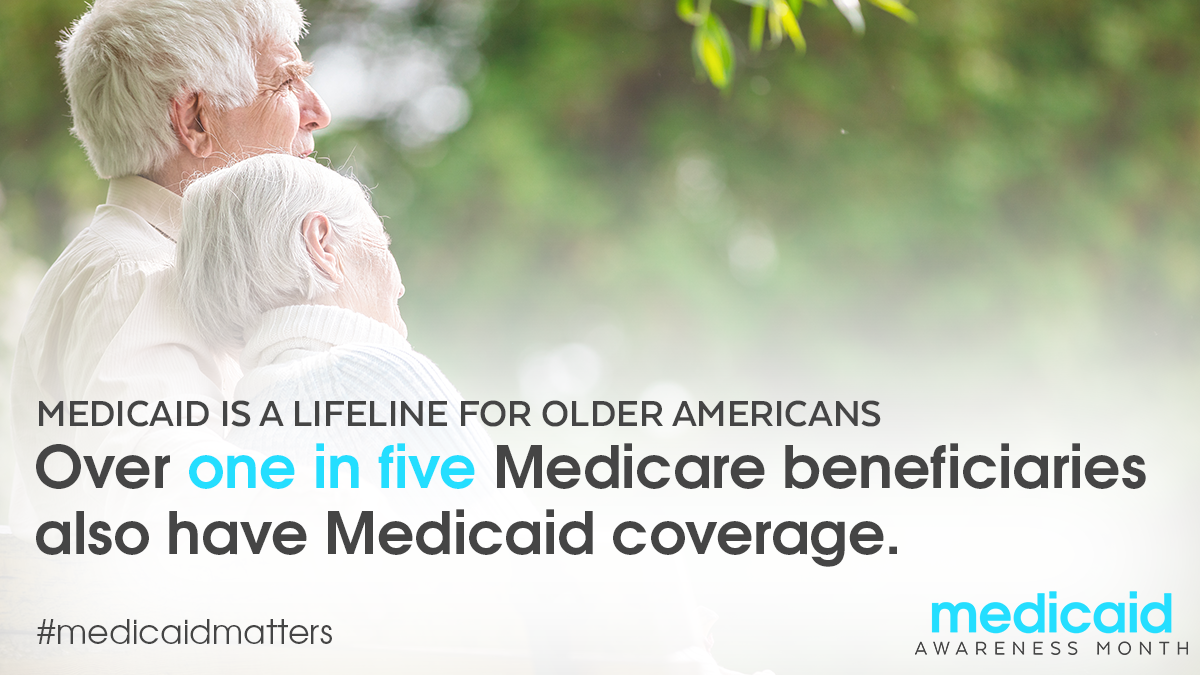 This month, stakeholders and advocates across the country are observing Medicaid Awareness Month. Organized by the Protect Our Care coalition, the month-long campaign is intended to enhance awareness of the many ways the Medicaid program strengthens American communities.

To that end, the coalition is launching outreach and education efforts on a different topic each week. These activities will culminate in a national Medicaid Day of Action on April 30.

The campaign’s focus this week is on the critical role Medicaid plays in the lives of older adults, including people with Medicare and those nearing eligibility age. Among the newly released resources is a fact sheet on How Medicaid Works for Seniors and Older Adults that depict key statistics and elements of Medicaid coverage for older adults.

Next week, the coalition plans to highlight how the program serves people with disabilities. Previously covered topics include how Medicaid helps kids and families, and the program’s key role in fighting the opioid crisis.

Throughout the month, advocates will engage and educate the public about current threats to the program. Threats to Medicaid include the President’s most recent budget request, which would slash Medicaid funding by $1.4 trillion; ongoing Congressional leadership discussions of ‘entitlement reform’; and a series of recent actions by the U.S. Department of Health & Human Services that encourage states to restrict Medicaid enrollment by imposing new restrictions and eligibility hurdles.

For more information, please visit the Medicaid Awareness Month Resource Kit, which will be updated as new materials are available.